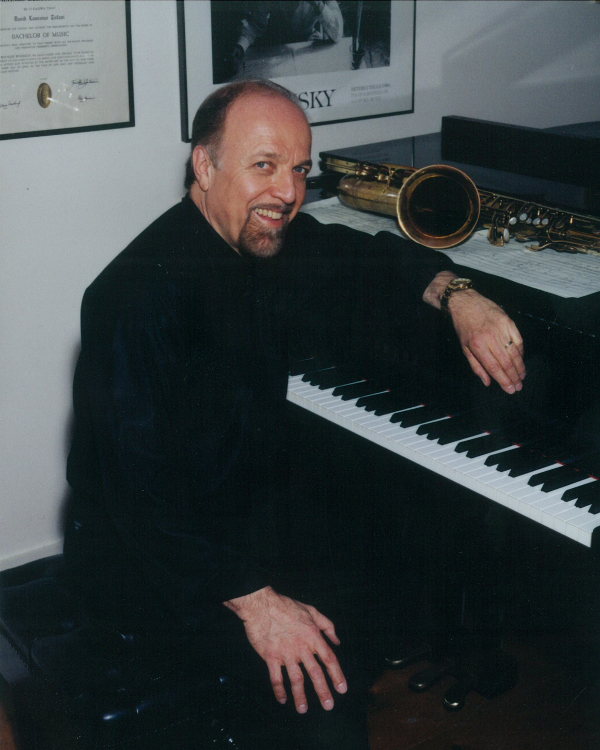 As I went out the door and walked down the hall, after my lesson with Joe Allard at the Juilliard School, Joe peaks his head out the door and says, “Oh, by the way Dave, you are going to get a call to play this weekend in the Bell Telephone Hour orchestra for the live TV show. (I, of course, knew that Joe Allard was the 1st clarinet player in the orchestra for years –he also doubled on alto saxophone when the orchestra would change over to the big band music.)

Joe said: “They were in need of someone and I recommended you. The orchestra manager will call you. You’ll be on tenor saxophone and 2nd clarinet in the orchestra. There’s a featured jazz tenor solo behind Polly Bergen. Get a good reed!” . Then he promptly closed the door to his studio.

Well you can imagine how I felt, at age 19 getting a call for a job like that. At the time I was hard at work busy practicing clarinet and saxophone doing the Juilliard studies etc. “Wow,” did I hear him correctly? Well yes I did, I ran back to my apartment and practiced the clarinet for a couple of hours, then I practiced the saxophone as well and worked on my reeds. I did get that call from the manager and that next weekend the show was on. There was only one rehearsal for the show and then the following day was the “live” TV show.

Fortunately, for me, it went very well in spite of my trepidation. At the rehearsal, the fairly lengthy tenor solo came up. I poured myself into it in the best way that I could, hopefully, with some lyricism, passion and good tone. While the song was continuing on the conductor looked up, but not at me, he peered straight at Joe Allard and gave him the “OK” sign with a grin. He was pleased! Lucky for me.

Shortly after, as luck would have it, the 2nd clarinet player moved on to take another job and I was offered the job permanently to play 2nd clarinet and tenor saxophone. The show continued on for a few years until it went off the air. What a wonderful opportunity it was for me, something I will always be grateful for.

I will try and write more about Donald Voorhees and the Bell Telephone Hour orchestra and TV show at a later date. The TV show featured quite a wide array of America’s most distinguished talents, great singers and instrumental soloists with a live studio orchestra. !